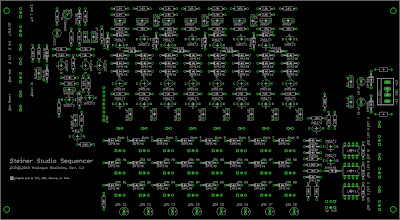 I finished the first go around for the VCA, VCF, and Studio  Sequencer PCBs. I was most hesitant on the Sequencer as its schematic was the most problematic to read, in particular with regard to some of the off board signals. But, I had an epiphany and it seemed to fit together. I ordered them today and should have them in 2 or 3 weeks. Just in time for my total knee replacement... 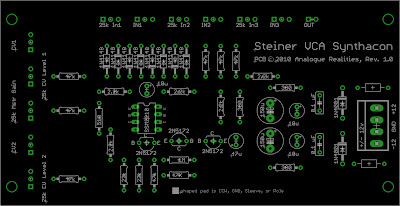 The VCO boards have now shipped, so during the next month or so, I should actually be able to get a core set of modules together to make some Steiner-Parker sounds! When I do, I'll figure out how to post them here or on my web site. 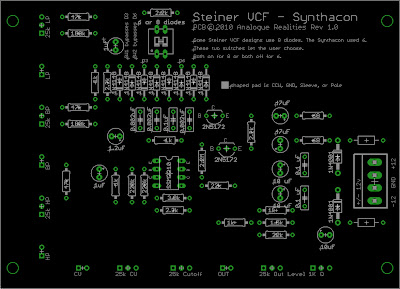 The sequencer board is really much bigger and sparse than it has to be. I did it for the following reasons: