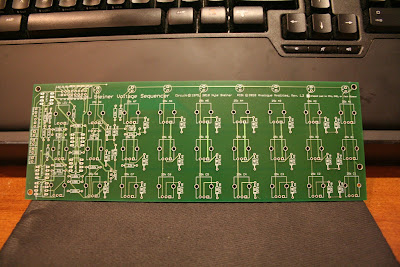 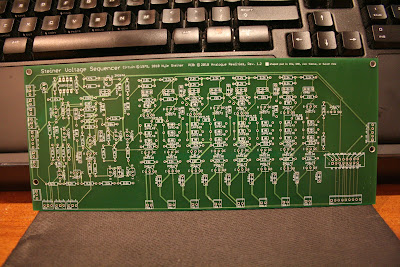 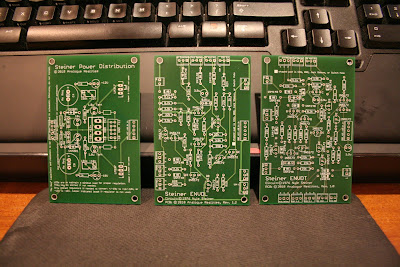 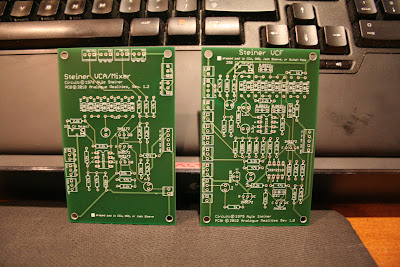 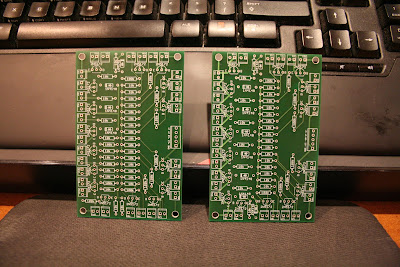 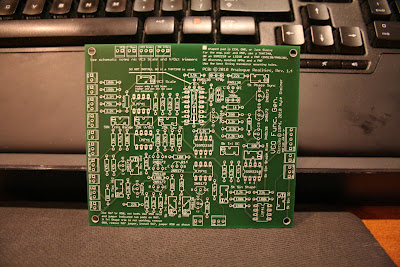 The latest prototype PCBs are in today. If all goes well with the test builds, I should be ready to start a serious PCB buy for all who are interested in about a month!

It's getting very close.

I'm also still working on the capture/layout of the Frequency Divider and Peak Selector.

The most annoying thing about these boards is that PCB-Pool deletes any objects closer than 0.01mm to a pad. Normally, that's not a problem for me, but by using bigger pads on these PCBs, some of the orientation landmarks were deleted on the regulators, and some, not all, of the "leads" on the diodes were deleted. It's annoying since I bought 50 power distribution PCBs in this run. Oh well... I've changed the libraries so that won't happen again.
Posted by dingebre at 9:15 PM